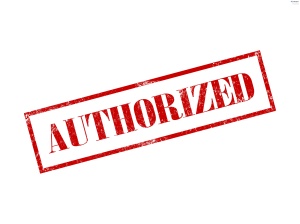 I’ve seen a recurring theme in my life lately. I find myself with a responsibility to get something done, but not the authority. It always comes down to dealing with bureaucracy. Three examples:

1. After more than a year of frustration in dealing with Social Security on my mom’s behalf, I finally decided I needed to go ahead and have myself appointed her Representative Payee. Power of Attorney gets you nowhere with Social Security. Occasionally, if you get a sympathetic person on the other of the phone, that will get you somewhere. But for the most part they want only to speak to the person herself and not her daughter or anyone else, even if she’s given that person Power of Attorney to act on her behalf.

I kept waffling on the Representative Payee thing because it means Mom’s money will be paid to me and I’ll have more forms to fill out accounting for it. However, it’s gotten to the point that I simply have to do this. Mom can’t even make a phone call without help any more. I did get her permission; I didn’t want to feel I was doing it on the sly.

First I had to get a letter from her physician stating she’s not competent to make her own decisions. This was an emotional wrench, let me tell you.  I took the letter plus all of her personal papers down to the local Social Security office, where a very kind woman asked me 20,000 required questions. (Okay, only about a dozen really.) She typed a bunch on her computer and said my application had been submitted. Meanwhile I was supposed to go to the bank and change my mom’s account – my name is on it, too – to reflect the new status, and send proof of this change to Social Security. That’s the only way they’ll be authorized to send her checks there. My understanding was that I was to do this immediately.

I toodled on down to the bank, only to be told they can’t make the change without something from Social Security stating I already am the Representative Payee. Okay then. Thank goodness for patient customer service type folks. The bank guy actually called Social Security while I was sitting there to make sure we were doing things in the right order. Yep, I had to wait.

The letter came a couple of days ago naming me as RP. So I went back to the bank and got the account changed. Now, hopefully, the government peeps will talk to me next time I have to call about her Medicare or something.

2. This one isn’t about my mom. It’s about my phone service. We still have a landline in our house, with the same phone number we’ve had for 19 years. Our phone company is also our internet service provider. I did, however decide to drop the long distance service we had (through a different company) because we use our cell phones for that now, so why keep paying the monthly fee?

I called the long distance company and everything was fine there. They advised me I’d need to call – okay I’ll name them – CenturyLink as well to make sure we were good and cancelled. I called CenturyLink and was told I was not an authorized user on the account. Only my husband held that status, so he personally would need to call to make any changes. Hoo boy.

Here’s some background. I have always handled all of our household bills and utilities. I have always put everything in both of our names. I remember personally walking into the phone company office way back when we moved to town and setting up our account. We’ve always been listed in the phone book under both names. Through the years, the name of the phone company changed and we added internet service through them, but we kept the same phone number and I was always the one who dealt with them. We’ve moved four times with this phone number and I personally switched it to our new residence each and every time. I was the one who originally dropped long distance with them and switched to a different long distance provider. My husband has called tech support a couple of times for internet issues. Otherwise, I have handled everything with them for 19 years. Until, suddenly, in the year 2013, they tell me I have to get my husband’s permission to speak with the phone company.

I sent an email stating all of this, plus asking if they were operating from a 1950s policy manual. They said they’d send a form so I could be added to the account. Meanwhile, my husband called and gave his say-so to put my name on there. But I’m still upset because he shouldn’t have had to do this. I should not need my husband’s permission to do grown-up stuff.

3. Medicaid. I’ve been helping my mother apply for Medicaid. And by helping, I mean doing everything because she can’t. Yesterday, she received a letter, care of me at my address, saying both that she’d been approved for Medicaid coverage and it was retroactive to April and that she was ineligible for Medicaid at this time. I kid you not. I certainly didn’t see that one coming. At the bottom of the letter is a name and a phone number to call if you have any questions.

This morning, I called. And got a recorded message telling me to dial a different number. I called the different number. Did you know that having Power of Attorney and also being Representative Payee through Social Security for someone does not mean that Medicaid will talk to you in order to help that person? It’s true. Missouri Medicaid has their own form, specific to their agency, that you have to fill out and get signed in order to be authorized as a representative for someone else. They won’t accept the Power of Attorney form plus the physician’s letter plus the authorization from Social Security plus an immediate family relationship plus the fact that you’re the one who has provided every piece of information to them so far as evidence that you have any right to find out from them what the letter means that they sent to your parent in care of you at your home address.They also won’t answer general questions, phrased as “Say a hypothetical person got a letter from you saying thus and such. What would that mean?” So now I await the form to be mailed to me so I have will have authorization to call them to find out whether “yes and no” means yes or no.

To some extent, I get it. I really do. I know privacy is a huge issue. I know identity theft happens and older folks are particularly vulnerable. I appreciate the fact that they won’t let any random citizen call up and get personal information about my mother. But she has signed a legal document stating she wants me to handle her affairs. If I have a signed and notarized form to this effect, plus my name on her bank account, a birth certificate showing I am really her child…why can’t they let me help her? Why is it so complicated? And as for the phone company, I cut them no slack.

Dealing with bureaucracy – death by a thousand paper cuts.